Good Morning!  I think I’m still trying to recover this morning after my eventful evening. I now know in bad human situations I can stay calm, but in bad horsey situation (i.e my horse cast again a fence), forget it. I Panic.

For the most part, yesterday was like any other day. I got home from work and changed into barn clothes so I could ride Rumor. Since it was a cool evening, I went ahead and turned the other three horses out into the pasture. I didn’t want them to stay in the stall any longer then they had too, so out they go. Once I had them turned out, I grabbed Rumor and tacked her up to ride. 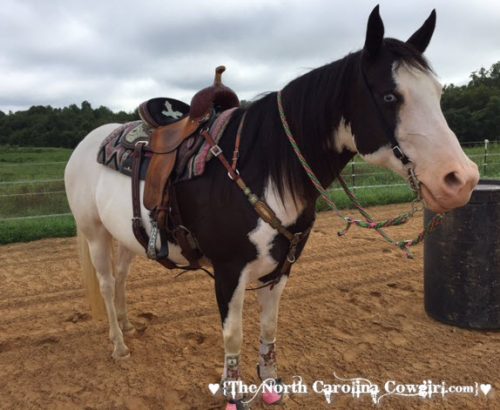 Since I am turning them out into the winter pasture now to give the arena pasture a break, I wanted to ride the pasture and check the fence line. I also like to look for any holes that might need to be filled in. So once tacked up, Rumor and I head into the pasture and walk the fence line. As we are rounding the fence and heading back towards the gate, in slow motion I watch Te start to lay down. He’s always laying down to roll, so no biggie. However, this time he’s laying down very close to the board fence at the dog lot. In my mind, I’m thinking I should go shoo him and make him get up and go lay down somewhere else. I was worried he would try to roll and there just wasn’t enough room for him to roll over without getting stuck. 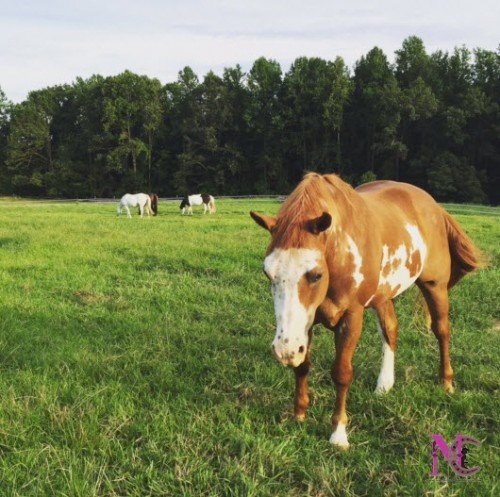 (Te pictured above on a different day)

However, before I could stop the thought and move Rumor towards him, he rolls over and just as I thought is stuck! Now when I say stuck, I mean he’s laying on his back, body twisted to where his front feet are stretched parallel with the fence but his back feet are propped up against the fence and his body is facing head first down the hill. I, of course, go into full blown panic mode. Rumor and I rush over there, I try to use my 120 lb body to pull a horse who weighs 1200lbs over. I’m having no luck. Te won’t move he’s just laying there looking at me – as calm as could be.

I remember from childhood having to move a cast horse like this before and to tie lead ropes around his feet so I could pull him over. So I rush to tie Rumor up to the trailer, grab my phone and grab two lead ropes. Once I have what I need, I rush back to Te, whose still laying there calmly, and tie the lead ropes to one front leg and one back leg. Then I start to pull. Barely moves. I might have lifted his body a 1/2 inch. If that. So now I’m panicking even more. All I can think about is he is going to die because I can’t get him rolled over off the fence.

So I call Tory and ask him when he’ll be home – not for 15 mins. I call another neighbor – he’s not home.  So I then call 911. Yes I called 911!  I explain I don’t have a human emergency, that my horse is stuck on the fence and I need help pulling him off, did they have an officer in the area that could help. The dispatcher says yes she will send someone out and we hang up. Mind you, I’m still trying to pull Te while I’m talking to people on the phone. Since I have no idea how long it will be before Tory or the Officer show up, I call another neighbor. That neighbor is home and is going to rush over.  So I throw down my phone and just start pulling. Te is starting to make a weird noise and it’s freaking me out even more. Again, all I am thinking is he’s going to die. (Yes, I appear to be a drama queen in these situations, LOL)

So I grab the ropes again, get in my pulling stance and then yank the ropes as hard as I can. When I did this, Te must have used his feet to help too, because I got him flipped and he was able to stand up. All I remember at this point was the lead ropes falling to the ground, me being shoved out of the way as he took off towards the other horses and then feeling like I was about to lose my stomach contents. I think I dry heaved a few times while trying to catch my breathe and everything. Not only was I totally out of breathe but whew I broke out into a sweat like I’ve never had before. My hands were shaking and honestly I was just a ball of anxiety.

Of course, a few seconds later,  Tory, the neighbor, and the officer show up and see all the horses standing away from the fence eating grass. I’m sure they all thought I had lost my mind. All in all, I know the situation lasted about 15 mins. What I don’t know is how long a horse can be laying like that before something bad does happen. I’ve tried to Google it, but haven’t found an answer. I text my vet but she hasn’t responded either. So if you know…please let me know so I don’t panic thinking my horse is going to die laying like that for 15 mins.

Needless to say, Rumor got out of being ridden because I was too worked up to finish the ride. As the adrenaline rush went away, I soon realized I must have pulled a muscle in my neck and back because wooweee I had some pain. Te appeared to be just fine. No cuts, no scraps, no swelling, no mental confusion, A ok. The fence on the other hand, well let’s just say the wire is bent and broken and will need to be replaced. This I can deal with, losing a horse, not so much. Tory even told me, if it ever happens again, just run the truck through the fence so he has room to get up! We can replace it. Shouldn’t have told me that, that might be the only thought that goes through my head should it happen again. ::Insert face covering monkey emoji::: LOL  Hopefully it won’t though. I’d like to believe Te now knows he can’t roll that close to the fence.

What scary horsey situations have you been in? Did you panic too or stay calm?

Do you panic when you find your horse laying down?

A Thankful Trail Ride with my Bestest 4-legged Friend 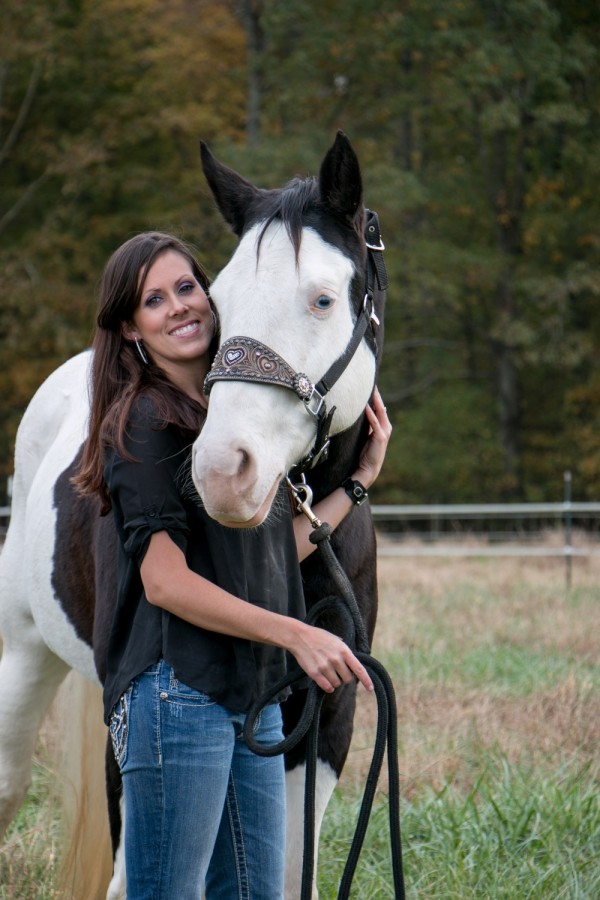