Some of you might have seen my tweets or Facebook post about Spur and I going to our first rodeo of the year, last weekend. I was super excited and had been waiting for weeks to be able to run. The last time Spur and I ran barrels at a show was September last year and we knocked down the second barrel. 🙁 So I had high hopes of this run being much better. I got to the show a couple hours early because I knew that he had never been around the rodeo scene and wouldn’t know what to think of the bulls standing in the pens or the big scary speakers next to the arena. And yes, to Spur those speakers are twice his size and will jump out and get him!

So I get him off the trailer and go ahead and tack him up right away. I get on and walk him to the pen and let him see the bulls and stand near the announcer. He looks at everything and doesn’t seemed concerned in the least bit. At this point I’m thinking, we got this, we’re gonna go in there run our hearts out and take home some money! So after looking at everything I take him back to the trailer area and there is a big open field so we trot and canter around. He’s doing good, maybe a little on the lazy side, but responding perfectly to my leg cues and everything I’m asking. In my mind, everything is still great and we’re gonna do well.

So I head back to the trailer and tie him up while the bull riding is going on. You know I’m not going to miss out on seeing lots of cowboys buck some bulls. 😉 Well while I’m sitting there watching, my nerves start to get the best of me. I don’t know what it was but something flipped inside of me and I started getting extremely nervous. Not a good sign! After watching the first set of cowboys ride I decide to go grab Spur and leg up again. It’s dark now and everything is looking different to him. I start walking him towards the pen just like we had done a few hours earlier and you would have thought the boogyman was in the woods hiding ready to jump out at any minute and eat his butt! Spur was scared of everything, the lights, the trailer, the bulls, whatever. So I spend a few minutes just walking back and forth trying to get him closer to the pen so we could go in and warm up when the last bull rider is done. Eventually, we get there and poor Spur knows he has to go in the chute but boy he didn’t like being between those big scary bulls. It was like a dog with his tail stuck between his legs. We tip toed quietly so we wouldn’t disturb them and get killed. Once we were past them and in the pen, he started to settle a little. He remembered his job and what we were there to do..that is until he saw the big black speakers sitting at the 2nd barrel. OMG! They are gonna eat him. Well I get him to walk near them and check them out. He sees them and realizes all is well, he’s safe so we go back to loping around. Time to clear the arena..ok no problem..we got this. As I’m walking out I see other horses getting close to the 2nd barrel and speakers so I think let’s walk past it one more time so he knows all is well. As we walk up, two of the horses standing there freak out and run backwards and sideways. what does Spur do..He has a “Oh Crap!” moment and freaks out too. Now he KNOWS that it will hurt him and he’s not going near it. I get him calmed down enough to stand and look at it and then it’s time to get out. As you guessed it, my nerves are on red alert now!

Fast forward a few runs. It’s my turn. We walk up to the chute, literally! Spur doesn’t care we need to be running soon, he’s still worried about the bulls. Finally get to the point we NEED to run and he’s loping..yes loping. He’s still scared of what he’s going to find in the arena. Finally we fast lope..yes you can’t consider what we did running..and we turn the first barrel, start heading for the second and mid way he remembers something will eat him over there and he can’t let that happen so he starts veering right. I keep my leg on and clucking at him. We make it around the second barrel/pond, I mean it did feel like we made a huge circle around it, and head to the third. We turn decently around the third and head home. Well now for the part I left off. As we’re fast loping in, my hat comes off and lands at the entrance/exit. So as we’re running back Spur catches sight of my hat about two strides before it and decides that two is gonna jump up and get him and he dead halts. Some how my butt stayed in the saddle, mind you I lost my stirrup on the second barrel and only have one stirrup at this point, and I don’t come off but lord a saddle horn in the gut doesn’t feel good.

So there you have it! That’s what our first rodeo / run of the year went like. I left broken-hearted that night but kept my head up and told myself the next run will be better and we’ll learn from this experience. So what did I learn you ask. Well a number of things:

1. First our first rodeo – it wasn’t that bad. There have been worse runs I’m sure.

2. We haven’t practiced as much as we should have been. Now that’s I’ve found an arena down the road from my house this will change. I’ll be able to practice more.

3. He needs to be desensitized to more objects. My plan is to wrap the fence posts with a tarp and have it make a lot of noise. I also plan to spray paint a big box black and put it up next to the riding arena. It will be my make shift speaker box. 😉 Smart I know.

4. We are going to go to some sortings/roping pens and get over our fear of 4 legged animals with horns.

I debated showing this video since it was such a sucky run but I have no shame. Everyone makes mistakes and has bad runs. We can’t always be perfect and in order to get better we have to learn what we did wrong. So enjoy watching the video and feel free to critique.

What was your first Rodeo like? What do you do to prepare your horse for all the lights, music, noise, bulls? 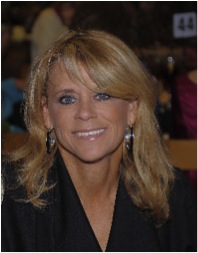 Back to work we go..