RIP One for The Little Guys 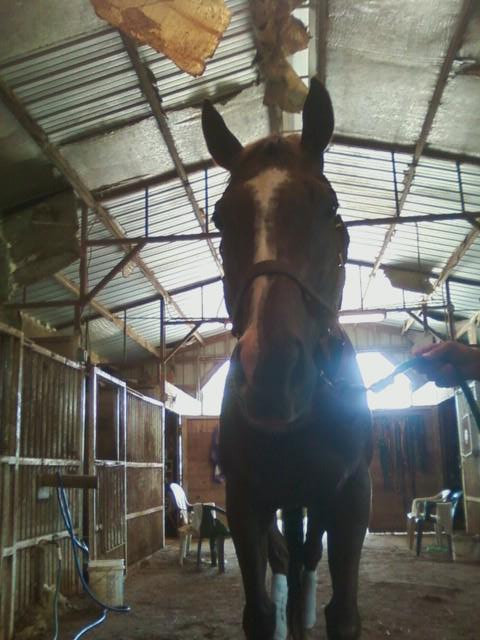 Isn’t he a beautiful boy! This weekend my heart broke for this boy. His race name is One for the Little Guys and he was a TB I was rescuing from the track. All the details had been worked out with the rescue for him to be shipped to me Sunday with the other TB mare I told you about. Well I woke to horribly sad news on Sunday morning. The owner of this horse sent him to slaughter. 🙁 It broke my heart when I woke up and read that message from the rescue. Apparently there had been a lack of communication and things fell apart. The owner became mad and sent the horse off without even contacting the rescue first.

I was so excited to get this boy in on Sunday. I was all set up and ready for him to come. I knew he was going to be the perfect addition to my small herd and wanted him for a project horse. When I first saw him I fell in love with him. It really broke my heart to hear how heartless his owner was. I know TBs end up at slaughter houses when their racing careers are over but I had never experienced it with such intimacy before.

Having it happen to a horse I was suppose to get was really hard to take in. This horse had a home to go to where he would be loved and well cared for but making money was more important to the greedy owner. I should say making money fast because he wanted $500 for him and I was going to give that.  I’m so appalled and mad with that man. I wish so bad I could talk to him and tell him  what a piece of **** he is. How he could send a horse who still had such a bright future ahead of him to be killed is beyond my comprehension. I wish there were more laws to protect Thoroughbreds when their racing days are over.

I’m not completely against slaughter houses but I’m not for them either. Sure there might be some horses that might be better off going that path but not the ones like this that had absolutely nothing wrong with him and are spoken for. I hope that Karma bites this man in the butt for what he’s done.

I’ve been told by the rescue that he is getting out of racing and I sure hope that is the case. He has no business being around horses if he can’t see them for the beautiful creatures they are and not just to make money on.

I hope One for The Little Guys has crossed the Rainbow bridge and is happy in his new greener pastures. Even though I wasn’t given the chance to meet him in person, he will be forever missed. Maybe one day I’ll get the chance to finally meet him.. and we’ll both walk down the streets of gold together.

Did someone say there was a new Equine Clinic in town?? 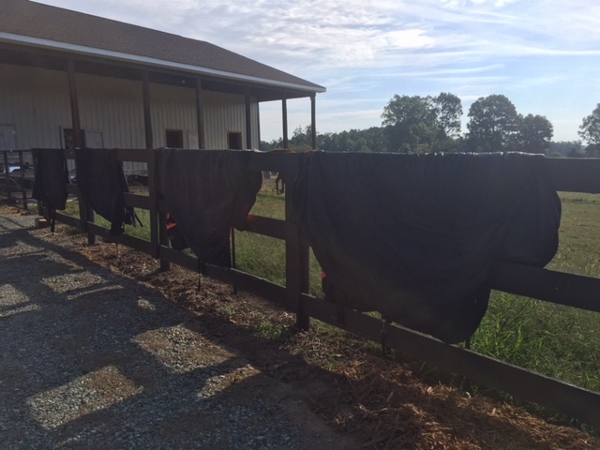 To Dos, Riding and the Escape Artist