Everything Happens For a Reason…

..if only we knew what the reason was.

It’s been over a month since I last posted and I’m still not sure I’m ready to be back posting again. I enjoy writing for my blog and sharing everything I learn and am doing but something happened that made me think twice about sharing too much of my personal life.

If you’ve been a reader of my blog then you know this past Spring I bought my own farm. It has been a life long dream of mine to own my own place and have my horses in my backyard. After I bought the farm I started to post updates about improvements being made such as building custom stalls and reseeding the pasture. Well not long after my posts about the stalls, we were robbed. I came home from work one day and noticed something didn’t look right with the barn. The end doors weren’t shut right and the wood pile out had been moved around. I investigated everything and realized we had been robbed. All of Tory’s tools had been stolen along with other things. I was in complete shock and my sense of security vanished quickly.

I was one of those people that thought something like that would never happen to us but it did. Part of it is our fault because we left the tool room in the barn unlocked but honestly we live in the country and didn’t expect anyone would come take anything. We were wrong and had to learn the hard way. What’s worse is the sheriff’s office in our new county were horrible. It took the detective 2 weeks to contact us and we knew at that point we’d never find what was stolen. We spent weeks going to the pawn shops in the area seeing if anything would turn up but nothing did. $4500 worth of tools and equipment that we use to run our business were gone.

I don’t understand people who steal. I don’t understand how someone can steal someone else’s stuff and not feel bad about it or think about how long and hard that person worked to get what they had. Most of the tools stolen were tools Tory has had for years and some of the stuff was things we had borrowed from friends to work on our place. It was hard having our stuff stolen but it was 10 times harder to tell our friends that their stuff was stolen too. Luckily, we have been blessed to have a profitable year so far with our business and were able to go out and buy the tools we needed right away and replace our friends things that were stolen but it sucks that we had to spend money we have worked hard to make. To add salt to a fresh wound that already hurt enough, we found out from insurance that unless we could produce receipts for these tools we’ve had for 10 years or more, the insurance policy wouldn’t pay out anything for us to replace stuff. Biggest crock of crap in my opinion too. How many people actually hold on to receipts for that long.  No one! Lesson learned tho. We now keep a detailed file of everything we’ve bought and have. I encourage all of you to do that same. Take pictures of everything, things in your house, tools, your car, everything. After telling friends about the crappy insurance company, we’ve heard many horror stories about this same situation happening to people because they didn’t have proof they owned something.

So anyway, the reason I stopped blogging this past month is because I have been regaining my sense of security at my new place. We don’t know who stole our stuff and how they knew we even had our tools in the barn. Since we didn’t know I couldn’t help but wonder if people knew about it from my blog or from our Facebook accounts because we always were posting pictures of what we were doing. We were proud of what we were accomplishing and wanted to show it off. That has definitely changed though. For one we haven’t been able to do anything else because we’ve had to buy the tools to do it but we also decided not to post pictures of our house and what we are doing. This might change over time but for now we want to keep what we have private.

I hope to be blogging more in the coming months as the temperature drops and winter settles in. I’ll definitely have more time too since I won’t be outside doing as much as I am now. For those of you who continue to stick around and read old posts, I thank you! I will be back and I will have more great stuff to share if you just bare with me. 🙂 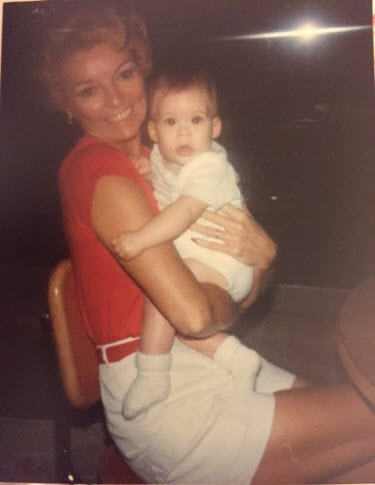 Remembering the Love I Forgot because of Cancer

Hard Times for this Horse Training Couple – Can you Help?